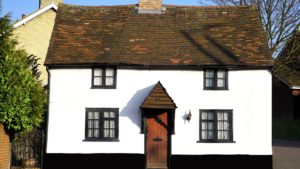 Cleaning mould from your roofing doesn’t have to draw the yawns. It is one of those easy DIY jobs that you can accomplish during your weekends and which you might find surprisingly enjoyable. A little activity for your body is definitely welcome.

Mould forms on the roof over a period of time. The hot and humid Australian weather is particularly conducive for mould growth. People have different perceptions of mould. Some love it but for some, it is an eyesore that needs getting rid of. In South Australia, for example, mould growth is often encouraged to give the homes a little character and make them look a little dated. They also absorb the moisture from the tiles.

However, mould growth on your roofing is not entirely welcome. In tiling, it may not necessarily degrade the quality of the tiling but some of it may seep into the core structures of the home, weakening them over time. Mould growth needs to be brought under control even if you love seeing them on your roofing.

Getting Rid of Mould From Your Roof

When it comes to mould removal, you can choose to go with the DIY option or hire a professional roof cleaning service with specialised skills and the right materials to manage the problem. Mould removal requires the use of certain techniques and even chemicals that will limit future mould growth. These processes include the following:-

Chlorine bleach is one of the most effective and common mould and mildew removal agents especially indoors in places such as bathrooms and laundry rooms. Outdoors, in places such as the roof shingles, the mould growth is generally more robust and normal bleaching agents wouldn’t do. In this case, you will need stronger mixtures to get rid of the mould such as a mixture of chlorine bleach and TSP. The removals process using more heavy duty chlorine bleach is as follows:-

When purchasing a cleaning agent for mould removal, check to ensure that it is sodium-free as the sodium component in the bleach is likely to damage the roof tiles via various electrochemical reactions. Watch out, particularly, on bleaching agents that use sodium hydroxide as it has a highly corrosive effect on the roof.

The industry is however moving away from the use of household bleach because it can potentially damage the asphalt roofing, especially if it is left on the surface for a long duration of time. You can navigate your way around this by applying the bleach piecemeal and leaving it on the surface for only a few minutes, typically 10 to 15 minutes. This will drastically minimise its potential negative impact on the roof. Bleach also does not have a long term effect on the mould and they are likely to emerge even after a thorough cleaning.

There are various other killer alternatives that you can use to get rid of mould on the roof. Some of these even have a permanent anti-mould effect. These include the following:-

After washing the roof, you can apply a pre-paint treatment on the roofing or a fungicide paint that will inhibit growth thanks to their effective antifungal mould action. Fungicide paints have ingredients that have a high antimicrobic effect. They are also non-corrosive and do not contain any dangerous chemicals that can have a negative spill over effect on the surrounding vegetation and ecosystem.

If you have money to spare, you can spend it on a more comprehensive professional roof restoration service. Roof rejuvenation includes processes such as cleaning of the roof, painting and recapping of the roof tiling. Professional roof cleaners generally have the expertise and knowledge of the right cleaning agents to use in ensuring your roofing is fungal and mould-free. Due to their experience in the industry, they are also likely to have knowledge of the kind of cleaning solutions that will be safer and ensure the durability of your roofing.

This site uses Akismet to reduce spam. Learn how your comment data is processed.